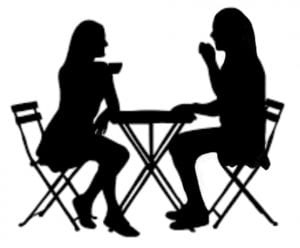 “The Price of Salt” by Patricia Highsmith so far has been a very interesting read thus far. The most  intriguing part of the book has been the main character, Therese, her character development and the way she changes her mind so quickly saying one thing and doing another. She never seems to be unsure of herself, but nonetheless consistently takes a 180 degree turn on her decisions. I think I would enjoy analyzing Therese’s inability to maintain continuity and how she doesn’t really understand herself nor does she know how she fits in society. Carol, her friend, and later her love interest, states “you’re much too young to know your own mind. Or what you’re talking about” (Highsmith 75). Carol, who is older and more mature than Therese, sees Therese’s underdeveloped understanding of herself. To an extent, Carol understands the chaos of Therese since she is more put together, rigid, and has more life experience. Essentially, Carol juxtaposed against Therese provides a decent sense of Therese’s instability and ever-so-quickly changing life that would be the basis of analyzing her characterization.

Although the author does a wonderfull job of telling a story, there is an utter lack of dynamic side characters. Many of the ensemble characters are mentioned or interacted with once or twice, never to be brought up again. Phil McElroy is one of these characters, as he helps get Therese her job at the theatre and is a very two-dimensional person that only serves the purpose of getting Therese her job. Had he been compared to Dannie McElroy more later in the story with depth, it would have further emphasized how great Dannie was; a crutial part of the story since it’s how Therese knows she really just wants to be with Carol. On one end, Highsmith only providing dense characterization for Therese and somewhat for Carol does emphasize their roles in the story and derives specifc themes from the novel that she probably wanted to focus on. But if more minor characters existed with bigger roles many more ideas could have been touched on, illuminating how different aspects of a person’s life are influenced by many sources and people, and things aren’t always black and white. 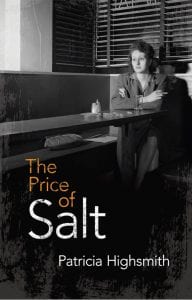 I’ve started reading the novel the price of salt by Patricia Highsmith. So far, it has been really entertaining although I am and not very far along in the book. The main character, Therese, is very interesting as she is very thoughtful and seems to understand a lot about the world around her without having to be directly taught about it. I have so far found myself appreciating the fact that although the book is old,  it still is moving at a decent pace and isn’t being filled with pages that are utterly boring and useless to the overall story. Furthermore, the authors’ informal portrayal of Therese without much context or history to her life  so far has done a good job of drawing me into the story. The limited third person point of view provides a nice snow-globe affect to the story which is also very entertaining, giving insight to the main character’s life whilst keeping everyone else at a slight distance.

So far I haven’t found much I dislike about the book, it has maintained a good pace, interesting characters, and realistic (enough) dialogue. But, I do fear that in the book’s near future upon reading it will become very dull, but hopefully I’ll be imersed in it enough to not mind. Furthermore as of now the language of the book is easy to understand, but if the sentence structure starts to vary more it may become harder to understand whaat the author is trying to physically say reading between the dense lines of symbolism and literary devices. An actual issue I do you have the book, is that the author has teased a lot of information, leaving out gaps and why it is relative or important to the story at all. Had she provided more information on characters such as Richard or the place she worked, the reader would have a better understanding of the general vibe she was going for to create what I believe would be the illusion of a working class young female in the time period.  A small pet peeve I have is the book as of now is I’m worried the title of the book will never be explained or compared it to the actual story, which would be very disappointing.  But so long as it is at least mentioned once, I will probably be satisfied with the title. I can’t wait to continue reading and watch the characters evolve!

This widget area is currently empty. You can add widgets to this area via your admin widgets page.

Examples of some widgets you can add are shown below.